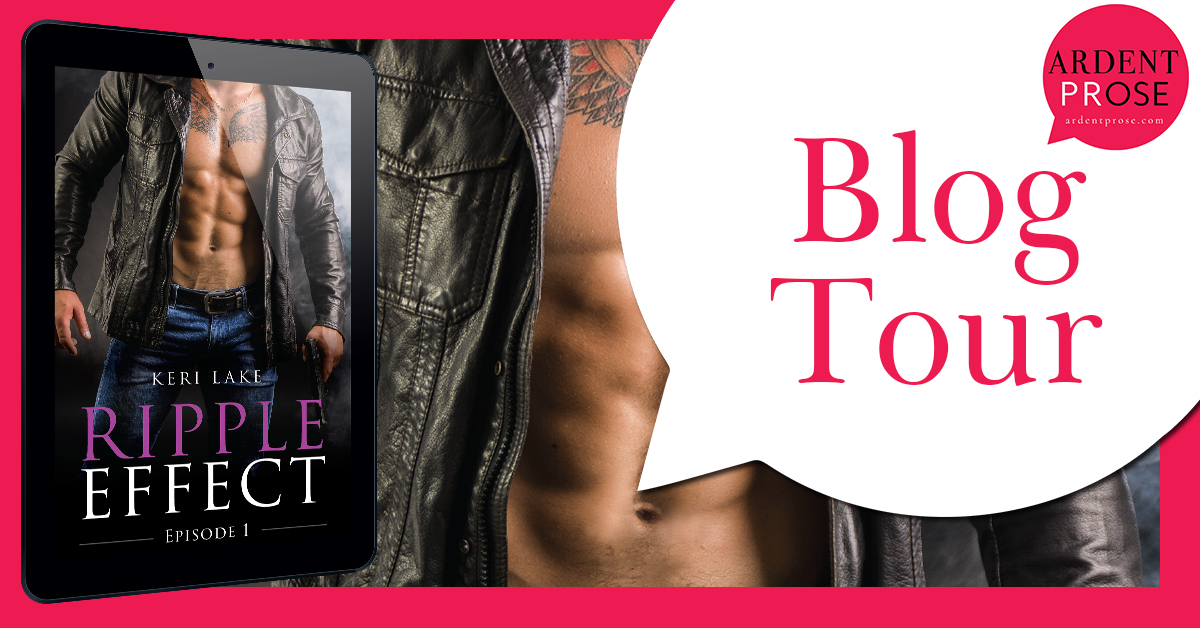 RipleyThey call me RIP. I’m a killer. A murderer. A psychopath. In the eyes of the righteous, I’m a monster, born of sin and depravity.I want to protect her, but I’m not a good man.I want to love her, but I no longer feel.She gets under my skin, though, and has awakened something inside of me.Something I’d kill for.I’m not her savior—not even close. In fact, I’m worse than the hell she’s already suffered.I’m her vengeance. Tit for tat, as they say.And if she’s not careful, I’ll be her ruin.DylanFor months, I’ve watched him.I’ve fantasized him as my savior, my lover. My ticket out of the hell I’ve lived in for the last six years.I never dreamed he’d be my nightmare.Had I known what he really is, I’d have never gotten in the car that night, but life is full of cause and effect.And sometimes the choice on offer isn’t a choice at all.It’s the result of something already in motion, and we’re merely left to survive the ripple effect.*This is an erotic suspense/erotic romance not recommended for readers under the age of 18 due to graphic violence and sex.

“Every decision you make affects every moment that follows, Dylan. It’s like a ripple effect. Choose Wisely.”

Dylan is barely eighteen years old and is now living on the streets after escaping the horrible home she was staying at. Things were bad for her there, especially when her “uncle” would come into her room at nights. But, the streets aren’t much better. She is struggling to survive and the only thing keeping her sane are her pills. However, no one is going to bring her down, she will fight to the death if she has to. And it seems she might just have to when she crosses paths with Ripley.

Ripley was conditioned from a young age to become a cold-blooded killer. He is now emotionless to others’ pain and suffering, which makes him super dangerous. He is still very much an enigma in this book. I look forward to learning more about him in coming episodes. Something changes in Ripley when he meets Dylan. He finds the girl getting under his skin and now he doesn’t think he will let her leave.

“I’m afraid I can’t let you go this time, Butterfly. You’ve fucked yourself by coming back to me.”

He’s going to kill me this time

Keri Lake is the queen of dark reads. You can’t help but get sucked into the depths of the underground worlds she creates. This book was no exception. While this was a short book, it definitely has me more than intrigued. It isn’t for everyone, though, due to the subject matter and graphic material, so proceed with caution. But, if you have read books by Keri Lake before, then you know just what I mean. The writing was awesome. All I can say is that this was a really good start to the series. I can’t wait to read what happens next!

Keri Lake is a married mother of two living in Michigan. By day, she tries to make use of the degrees she’s earned in science. By night, she writes dark contemporary, paranormal romance and urban fantasy. Though novels tend to be her focus, she also writes short stories and flash fiction on the many occasions distraction sucks her into the Land of Shiny Things.For news, updates and sneak peeks at the sexy cover model candidates for her annual Cover Model Contest, subscribe to her newsletter: http://eepurl.com/HJPHH
Web  Twitter  Facebook  Instagram  Amazon  Goodreads